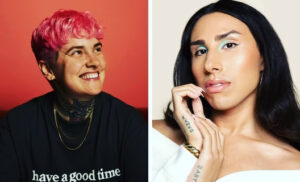 McDonald is known for powerful brand documentaries for the likes of Nike, Vogue and Facebook, along with a wide range of commercials driven by authentic, moving performances and grounded storytelling. Gallo wrote, directed and starred in their breakthrough short film Ponyboi. Ponyboi premiered at Tribeca Film Festival in 2019 and is the first film in cinema history created by and starring an out Intersex person. Gallo has also directed empowering campaigns of gender identity self-discovery for Facebook and dating site Badoo.

Read the full article at SHOTS.